There’s one aspect about my youth that many know of, select few appreciate/respect, some suspect, and others have mocked, but can best be summed up in a singular confession by the following:

“There are four things I’ll be embarrassed about for the rest of my life, and here are three of them: losing an arm-wrestling contest to a girl when I was a kid, being sexually harassed by a female boss in my early twenties and not doing anything about it, and the time just after 9/11 when I actually gave $20 to the Republican party. But the fourth stings more than the rest…I’ve played role-playing games before.”
– Paul Bibeau, Sundays with Vlad(1)

As a trying-to-find-himself teenage boy, I spent many a Friday evening or Saturday afternoon playing Dungeons and Dragons (D&D), Champions, Doctor Who and other assorted Role Playing Games (RPGs) with a group of dyed-in-the-wool geeks and nerds – the customarily spurned and smirked at “great unwashed” caste of high school society. Given my more or less inherent introversion social awkwardness, lack of athletic prowess, and disdain for the popular, peer-pressure-saturated “in” crowd, my social refuge back then was this particular, peculiar demographic. We may not always have been quite what parents and/or society considers “normal” (which is worth boasting about in my book), but by the same token we weren’t out drinking, doing drugs or other questionable behaviors that keep parents up at night.(2) On the other hand, I’d wager none of us were immune to long, awkward silences over dinner and/or impassioned YOU DON’T KNOW WHAT IT IS TO BE ME! teenage temper tantrums followed up by ARE THEY 18 YET SO I CAN THROW THEM OUT OF THE GODDAMN HOUSE? parental eye rolls. As the influences of time and maturity took their toll, we became productive members of society (…more or less…), though at heart, we proudly revel in and covet our “non-comformist” glory days and heritage. Fortunately, my girlfriend appreciates understands tolerates my geek nature (though I’m not willing to push my luck).

The Secret Lords of West Springfield High School and Scourge of Northern Virginia (clockwise from bottom left):
Spyke (blue t-shirt), me (red t-shirt and NOT making a gang sign), Neil, Dave (Punisher t-shirt), Keith, Steve (big grin/plaid pants), Erik (baseball cap) and Alex (center). The poster you can’t make out is a map of Quillanor, the fantasy world for our adventures.

I attended my high school’s official 10 year reunion, but it was much ado about nothing. Since my crowd didn’t rub shoulders with the popular kids, there wasn’t much fun or point in attending (I don’t think anyone I encountered even remembered me) and I haven’t attended any others since. Hanging out and/or remaining in contact over the years, weddings tended to double as our own unofficial reunions where we would all be in the same place. While always fun, these left mostly chance encounters for if and when one of us happened to be in another’s particular neck of the woods. Three years ago, my former game-playing group met for our very first, dedicated “reunion” and another after that in November 2014. Since that last reunion, we’ve tried to organize the next one (we’re trying to make them an annual tradition), however, higher priorities (e.g., work, families, etc.) have sometimes been a pain in the ass complicated finding mutually-beneficial dates and locations. Nevertheless, earlier this year we zeroed in on May 2016, leaving us with the lingering question of where to meet. Since we began these reunions, the previous “where” was our old stomping grounds – the wilds of suburban Northern Virginia, both for the sake of nostalgia and logistical convenience. More specifically, a few of us still live in the area and Spyke’s house (a.k.a., Casa de Wookie) in Burke provided easily accessible and available space (and a basement that’s a sentimental geek’s wet dream and treasure trove of collectibles, Lego sets, games and action figures – mint condition and still in the box, of course). 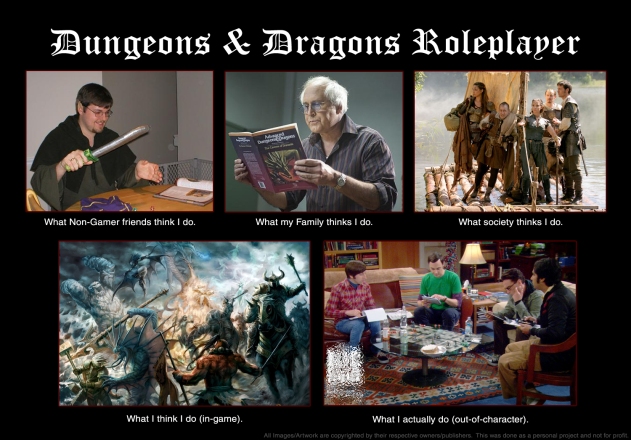 From time to time we kicked around ideas for location reunions (e.g., Hawaii – where Steve and his partner now live), but the time and means for extended travel hasn’t always been convenient or feasible for everyone. Since the last reunion, Keith relocated to Boulder, CO for personal and professional reasons, and it being within driving range of Jon in Utah and Erik in Kansas, it worked out as a serendipitous meeting place for our merry band. Sadly, Spyke needed to attend a convention and Dave’s family commitments understandably took priority over the otherwise agreed upon weekend, so sadly we were without their company this time around. A few of our “missing in action” members – namely Neil and another named Vic – haven’t attended our reunions (though Neil managed to Skype with us at the second reunion). For this meeting, timing worked out very well for me because 1) work was not infringing on my weekend activities (compared to what I endured over the past two years, this was a very welcome change), and 2) my significant other mentioned above was on the cusp of her second trimester, making it a relatively safe time for me to be away.(3)

(1) This book is about Bibeau’s adventures and life-long fascination with Dracula, vampires and an exploration of meeting the not-quite-mainstream crowd, that any nerd, geek or freak will appreciate and/or understand. It’s also pretty damn funny. If you’re of the alternative crowd, a proud and card-carrying geek or nerd, or ever encountered and appreciate these types of people, then do yourself a favor and read this book.
(2) Unless you extend “questionable behaviors” to include various antics/shenanigans before and after Saturday midnight showings of The Rock Horror Picture Show at the now long gone Fair Oaks Mall movie theater, night walks at public parks, or a few examples of “creative” or “alternative” practical jokes we conducted (e.g., filling the Springfield Golf & Country Club’s golf course holes with increasing-in-size types of fruit – from blueberries up to a pineapple shoved into the 18th hole – which did not make the local paper’s headlines as we had hoped).
(3) Oh…uhm…SURPRISE! We’re expecting (first kid for both of us)! Finding out about the baby was a HOLY SHIT WHOPPER bit of a surprise for both of us back in February, but a beautifully welcome one. It’s a girl and due in early October 2016. Feel free to send gift cards, diapers and profuse amounts of alcohol.